League Two Prospects to Look For in College Soccer 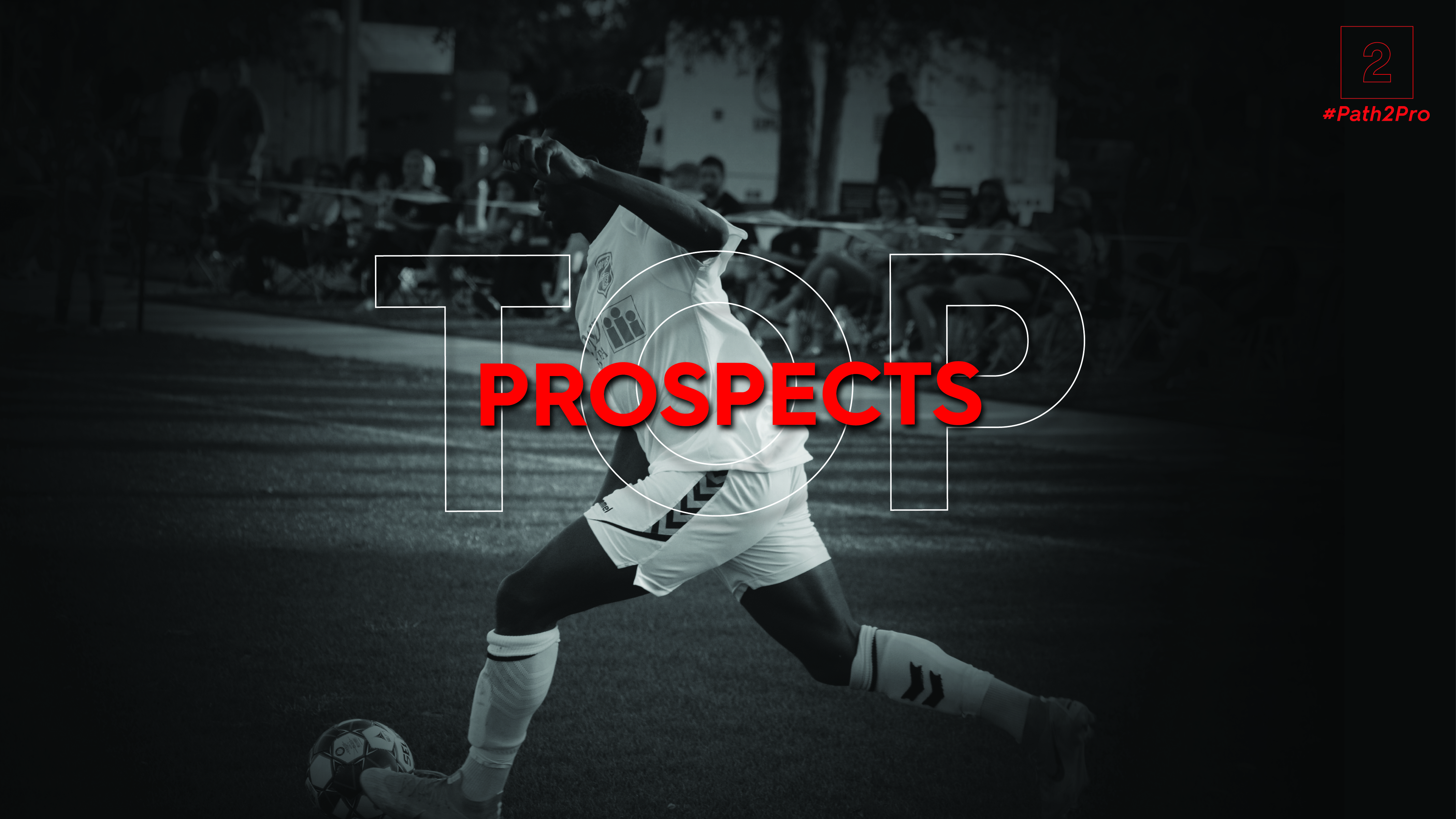 With the start of the college soccer season just under 10 days away, keep an eye on these 10 highly-touted USL League Two prospects as they return to their university teams.

As a rising freshman, Bouda is beginning his collegiate career at one of the best men’s college soccer programs in the country. He scored eight goals in just 348 minutes on the pitch for Black Rock, including a hat-trick in less than 30 minutes against Boston Bolts. At just 19-years-old, Bouda is the youngest player in the top 10 prospects, and he will look to make a big impact for the fifth-ranked Cardinal in his first NCAA season.

Barone’s efforts for the Bucks earned him a spot on the League Two Central Conference Team of the Season. He’ll look to replicate the excellent season he had last year as a junior for Michigan State, when he started all 23 games and was named the Big Ten Midfielder of the Year. Barone will be a key figure for the Spartans in his senior season.

DeShields was solid at the back for the Tritons in League Two play, and chipped in with a goal at the other end of the pitch as well. Wake Forest is ranked fourth in the NCAA’s preseason poll, and as a redshirt junior he’ll play a big part in helping the Deacons live up to those expectations. Last year, he anchored a defense that allowed less than a goal per game, and Wake Forest went 16-2 in games DeShields featured in.

Lapa’s accolades from his 2018 junior season with the Demon Deacons would take you a while to list. To name a few, the Brazlian was a Mac Hermann Trophy Semifinalist, the ACC Midfielder of the Year, and a consensus All-American. This summer, Lapa made the quick trip along I-40 from Winston-Salem to Greensboro to join North Carolina Fusion U23, where led the team to a first-place finish in the South Atlantic Division. Look for another standout campaign from Lapa this fall.

The 11th-ranked Gaels are one of the best mid-major college soccer programs in America, and Schacht is a big reason why. The New Zealand native had a steller freshman season last year. As a defensive-minded midfielder, he made a habit of breaking up opposition offenses’ play as part of a St. Mary’s defense that allowed just eight goals in 20 games (the lowest in Division I). After a summer with the League Two regular season champion Des Moines Menace, Schacht won’t miss a beat as a sophomore.

Achara was a driving force behind the Black Rock offense in his 10 League Two appearances this season, scoring three times and assisting on five goals. With a combination of pro-ready athleticism and skill, Achara is primed for a breakout senior year with Georgetown, who rank within the NCAA’s preseason top 15 teams.

The young German goalkeeper followed up a fantastic freshman year at Creighton with an equally impressive League Two season. Kruse posted a 0.95 save percentage and allowed just 0.25 goals per game, helping Chicago to a Great Lakes Division title. He’ll hope to build upon his first collegiate campaign, where he started and played every match in goal for the Blue Jays while only allowing a Big East-best seven goals.

Ritaccio was named the National Freshman of the Year by TopDrawerSoccer.com in 2018, and watching him play it’s easy to see why. The Zips enter this season ranked third in the nation, and look for Ritaccio to be one of the team’s leaders after earning a captain’s armband as a sophomore. Ritaccio had a solid summer as well, anchoring a Long Island defense that never lost a game in which he appeared.

The senior from Sweden spent his summer with the undefeated Cavalry, and while he didn’t accrue many minutes, the team allowed 0 goals during his time on the pitch. With his collegiate Seahawks, Lindstrom is a leader at the back and was named first-team All-Colonial Athletic Association as a junior last year.

Ballestracci showed off his highly-efficient finishing ability this League Two season with the Breakers, boasting a record of eight goals and three assists in just eight games played. The Italian is smooth in possession and difficult to knock off the ball, making him tough for any opposing defender to stop. Charleston (WV) enters the season ranked in the preseason Top 10 for NCAA Division II, and expect Ballestracci to pick up right where he left off scoring goals for Santa Cruz in League Two.